About the essay "Civil Disobedience" of Henry D. Thoreau 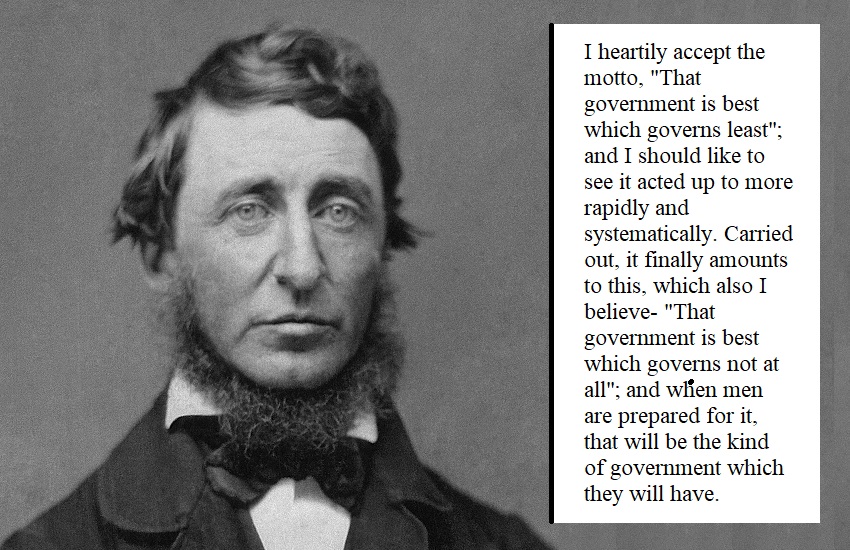 Resistance to Civil Government, also called On the Duty of Civil Disobedience or Civil Disobedience for short, is an essay by American transcendentalist Henry David Thoreau that was first published in 1849. In it, Thoreau argues that individuals should not permit governments to overrule or atrophy their consciences, and that they have a duty to avoid allowing such acquiescence to enable the government to make them the agents of injustice. Thoreau was motivated in part by his disgust with slavery and the Mexican–American War (1846–1848). (...)

Saturday, January 15, 2005
Native speakers of Arabic have long claimed that Arabic is far more than a language; rather, the language of Islam, the language chosen by God to speak to mankind, influences how a person perceives the world and expresses reality. This, in turn, has a profound impact on a society's outlook. Thus, Ahmed Taleb Ibrahimi, a former Algerian minister of education, declares that "a people that changes language is a people that changes its soul and its view on the world."1 Abdelkader Yefsah, a sociologist, recently wrote that use of the Arabic language "leads straight to... the primacy of the religious over all other activity."2 In contrast, nonspeakers of Arabic tend to be somewhat skeptical of such claims. They acknowledge the importance of Arabic and appreciate its profound connections to the Islamic faith, but find it hard to believe that Arabic is so consequential. While doing research at two Algerian universities in the academic year 1989-90, I had a unique oppor
Post a Comment
Read on

Saturday, January 22, 2022
It will help to save lives, and may slow resistance’s spread. An arms race between pharmacologists and malaria parasites has been going on since the mid-19th century, when widespread use of quinine began. Few better illustrations of natural selection exist than the repeated emergence of resistance to such drugs. Even artemisinin, the most recent addition to the arsenal, has already provoked an evolutionary pushback. At the moment, working out which drugs, if any, a particular case of malaria is resistant to means sending a sample to a laboratory for a pcr test. But malaria is most often a problem in poor countries, where such laboratories are scarce, and so is money to pay for tests and to maintain the machines needed to conduct them. A better way for doctors and paramedics in the field to be able to tell, for a particular patient, which drugs the infection is resistant to would thus be welcome. And that may soon be possible, thanks to work by Ron Dzikowski and Eylon Yavin of the Hebre
Post a Comment
Read on

Saturday, January 15, 2000
I heartily accept the motto, "That government is best which governs least"; and I should like to see it acted up to more rapidly and systematically. Carried out, it finally amounts to this, which also I believe- "That government is best which governs not at all"; and when men are prepared for it, that will be the kind of government which they will have. Government is at best but an expedient; but most governments are usually, and all governments are sometimes, inexpedient. The objections which have been brought against a standing army, and they are many and weighty, and deserve to prevail, may also at last be brought against a standing government. The standing army is only an arm of the standing government. The government itself, which is only the mode which the people have chosen to execute their will, is equally liable to be abused and perverted before the people can act through it. Witness the present Mexican war, the work of comparatively a few individuals using
Post a Comment
Read on